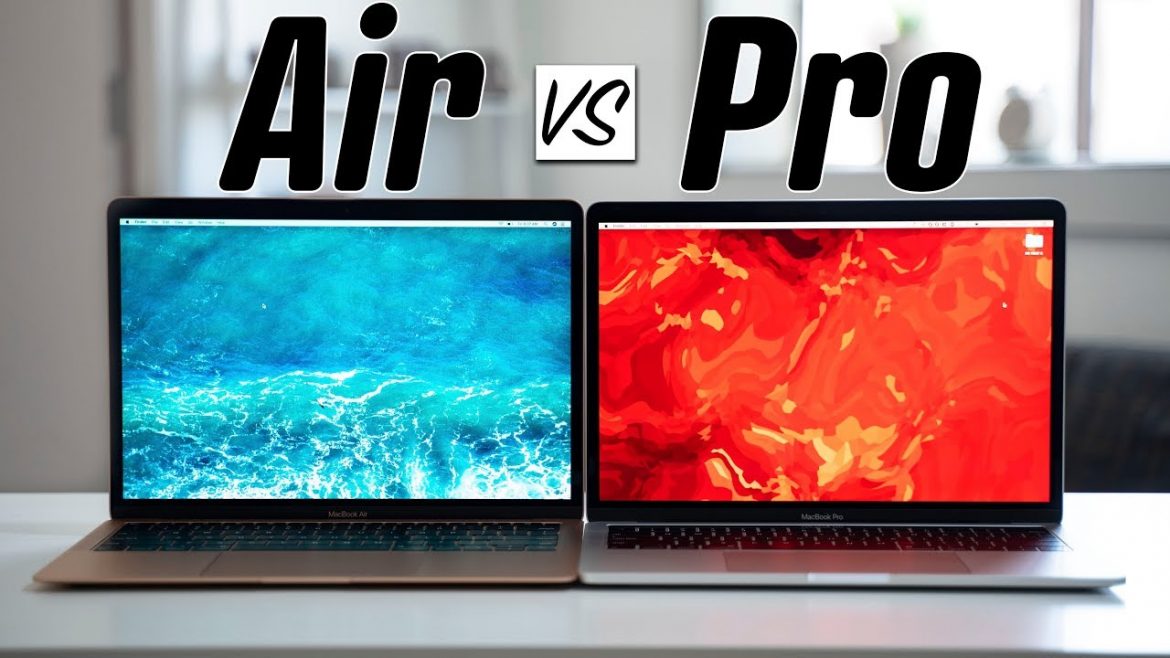 In this article, we will compare 13” MacBook Air and 13” MacBook Pro so it becomes easier for you to decide which MacBook should you buy.

MacBook Pro has a much better display. It has P3 color support so it has 25% more colors as compared to 100% RGP. In the case of MacBook Air, it is not that much color accurate so if you are a photo editor, you need to go with MacBook Pro for the more accurate color display. Another difference is display brightness; MacBook Pro gets 500 nits while MacBook Air has around 350 nits, so it is dimmer than MacBook Pro. 2019 MacBook Air Vs 2019 MacBook Pro

They both are very similar in size. But if you look from the side angle then the MacBook Air has a wedge shape whereas the MacBook Pro has a flat shape. So, that’s one big difference. Both have one headphone jack on one side and the other side, they have two thunderbolt- 3 ports. MacBook Air is a little bit thicker as compared to MacBook Pro at the thickest points but on the front end, it is thinner as compared to MacBook Pro.

So, after comparing all that we can say that the MacBook Pro is the better value considering the better display, the bigger trackpad, and the much better performance. The positive points of MacBook Air are that it gets 2 hours more battery life and it comes in a golden color, so if you want a MacBook in golden color, so you can buy MacBook Air. Also, MacBook Air comes with regular function keys. So, if you can stand the touch bar you can choose the MacBook Air and you can get those function keys and finally the MacBook Air’s keyboards slope downward so you will have a more comfortable typing experience. So, if you are a writer you would be going to love the MacBook Air for better battery life and a more comfortable typing experience.

We use cookies to ensure that we give you the best experience on our website. If you continue to use this site we will assume that you are happy with it.Ok